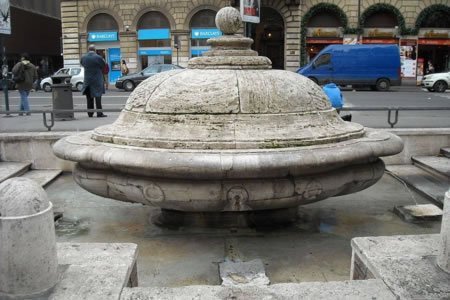 A tureen in the middle of a square: the Terrina Fountain

The picturesque fountain standing in the center of Piazza della Chiesa Nuova, along Corso Vittorio Emanuele, is confidentially called by Romans, “the tureen”. It was designed and sculpted by Giacomo Della Porta, who completed it in 1590. Originally, the fountain was located in Campo de ’Fiori, where now towers the monument of philospher Giordano Bruno. At the time, just like nowadays, the square was the site of a very lively market of vegetables and flowers (hence the name), and the fountain, quite disrespectfully, served as a dustbin for waste and leftovers, which remained there to rot for days and days, emanating nauseating miasmas and offering a very indecorous spectacle. To put an end to this “mess” it was decided to equip the tub with a travertine lid, surmounted by a showy knob, so that the fountain ended up looking like an oversized bowl. Removed from Campo de ‘Fiori in 1899 to make way for the monument to Giordano Bruno, the fountain found its current location in 1924, inside a sort of square pool lower than street level, due to the low pressure of the ‘water.
Fontana della Terrina
Piazza della Chiesa Nuova 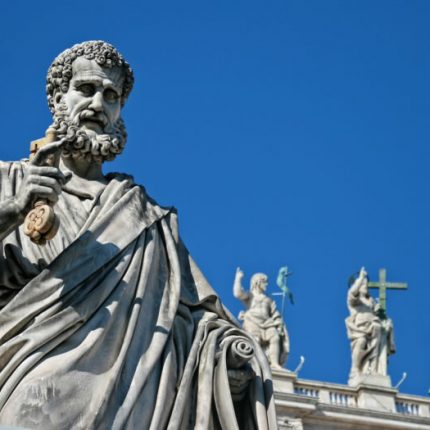